« Mel had such certainty. But she didn’t rant, she didn’t bluster. Caroline admired that. Mel somehow escaped being smug because she didn’t say more than she had to. Rants always make it seem as though the person ranting is desperetaly trying to convince himself of something. Or maybe the ranter becomes so interested in the rhetoric of what he is saying that convincing is beside the point. It is just about language and pattern and repetition. And the rush of words and adrenaline as it all spills out, exhausting any opposition with an overload of words. Mel was not evangelical in this manner. » 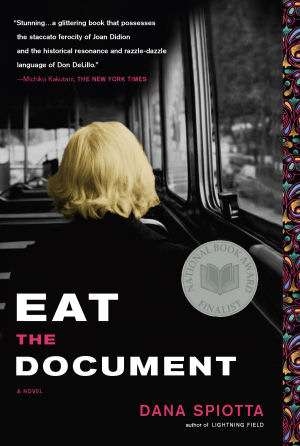 From the novel Eat the document, by Dana Spiotta, which I finished reading a few days ago. A great book about idealism, activism in the 70s vs the 90s, and what it means to truly « engage » yourself (or not) in the world.

Take 6 minutes of your time this weekend to watch The Shock Doctrine, a short film made by Alfonso CuarÃ³n (Children of men) and his son JonÃ¡s CuarÃ³n, as a companion to Naomi Klein’s new book of the same title.

I like the idea of making short films to promote/accompany a book. There’s a new screenwriting niche for you!

Naomi Klein talked about her book with George Stroumboulopoulos on September 17th. The video of the interview is available on The Hour’s web site.

Lucky us: during our trip to San Francisco, the Canadian loonie reached parity with the American dollar. Guess what it means?